Hiya guys i'm back but before I get started sorry I haven't posted for a while but today I'm posting about something in Fifa that I love called fut draft.


In fut draft you get five choices of Fifa cards first you pick a formation then your captain and then you select a position that isn't taken and select again. It's one of those things that are easy to start with but hard to master. Click the link to play a fut draft simulator.

One typically foggy day in London the boys, Johnny and Benny, had a huge birthday surprise in store for them that only their newborn baby sister named Frankie and their parents knew (well Frankie didn't but she watched them booking it.) They were going to... Greece but it was ruined when they found out that they had to see family in France. But at least they had bought tickets to see the Euros final between the host nation France and the amazing Portuguese team (which wasn't fair as Portugal had Ronaldo and France had Griezmann, Portugal had Pepe and Bruno Alves but France have Umtiti and Koscielny not like their rubbish)

The day of the trip came and they got there safely and saw family. To their disappointment France lost. But they got to Greece and had an awesome time there, they even saw the Parthenon in Athens. However they all got sucked into a statue of Athena and went to ancient Greece.

They saw the Medusa and Pandora's box stories on the walls of the magical portal to ancient Greece. But remember while all this was happening Frankie was screaming her head of not literally though I hope. After a tiring 12 hour trip they eventually found themselves in ancient Greece and a typical Greek home in Athens. It was a strange old thing with peeling paint on the walls. It looked as if it was from ... the future!!! Wait, hold on, could it be? No, it couldn't could it? It surely couldn't be that they were in the future and the kids they can see are Johnny's grandkids visiting Benny in 2057. Well it was time to find out for sure because it was new years eve at 11:59 and 47 seconds "46, 45" it was so tense "28, 27, 26" it went on and on it might have felt like forever although they were relived to hear "5, 4, 3, 2, then the countdown clock stopped and everyone did the same. Then all the light went out they froze with fear they seemed to fit in even though they could move around for some reason or another. It seemed like time to go home and mysteriously a black-hole appeared and the people that seemed ancient then in 2057 were sucked back to the time they know and love.

They even seemed to be in bed but more surprisingly they were in hospital in Athens an English doctor said " you've been in a coma all in synchronisation we think this is a world first coma in sync were we think you may have even interacted but totally unrelated to that do you want to go home to Devon in my home country of England.


"One unsurprisingly cold day in England, what could go wrong." said Benny. "Well quite a lot actually." said Johnny, his older twin by 20 minutes. "I should know" he said "because I'm older" "Yeah well, only by 20 minutes and 2 seconds" protested Benny. Then without much more fighting they got breakfast and brushed their teeth Johnny especially because he had a golden tooth at the back. Then it was time for their very sensitive Mum and video game loving Dad who usually took to school his Play-stater plus 2.0 gold limited edition ( But you and me can just call it the most recent games console) which was a much loved Christmas present even in January. "Oh come on ref why did you have to send off my star player ( who was probably Rooney dad was England crazy) in the world cup semi finals!" said their dad who has no discipline on Fifa. Then the boys did something very silly indeed they ran away and tripped over a tree root then they fell down a hole into ... ROME!

But not modern Rome, ancient Rome. They fell from quite high and landed with an "oof!" Sadly a Roman citizen was walking by and the result was not a happy person. Luckily the kind woman offered to take them home and raise them as her and her husband's own. It turned out that they lived in a huge villa with an atrium and a decorative pond and everything like that, she even gave them some money (preferably to spend at the Roman equivalent of a newsagent at the front of the house that the person named Lupus rented as he always did.) They actually thought about it but then they thought that they hadn't fought for 2 whole hours, well at least Benny was, Johnny was still thinking about something that hadn't been invented yet PIZZA. They also were very glad they didn't have to share a room "phew" they said exactly in time. They went to the baths with their new Dad and they felt like vomiting seem as everyone was naked but found a few thousand Aureus. They'd struck it rich in Ancient Rome! they then went home to find their new mum in pain and a doctor said to them anxiously "she going to die the way she is I'd say 24 hours at most." then an extremely strange thing happened they saw ... the one the only Pliny the elder. "Pliny Pliny" the eager boys said because they were meant to be starting a new topic on the ancient Romans "we want you to know that Mount Vesuvius will erupt in 79 CE so whatever you do don't go to Pompeii you will die of asthma we know because we're from the future!"

24 hours after the doctor's prediction was right, their new mum was dead. But surprisingly enough their old mum and dad came after looking and going home several times. Even more surprisingly they didn't have horrible bruises like the twins only the odd bruise here and there. But most surprisingly they found an alternative route down the Capitoline hill they found a teleporter in the forest back in the future and it just happened to be set to that day but then their mum and dad (the old ones keep up) accidentally pressed teleport. so the twins got taken home to the future.

MUM- for the first time toughened up

So that's the end of this week's story so

Hiya guys I'm back and today I have a transfer update for you. So I'm gonna do the same as last time with my first post so let's go.

Hiya guys and I'm back. Sorry I haven't posted for a while but I haven't had time.

But today I'm doing this post about the one the only DAN TDM!!!
Because today I've come across this:

You need to see how funny this is. Plus it's Dan tdm anyway 100% legend youtuber. No youtuber to the stars. Ok what i'm trying to say is he's so good almost too good if that's even possible.

So see ya later 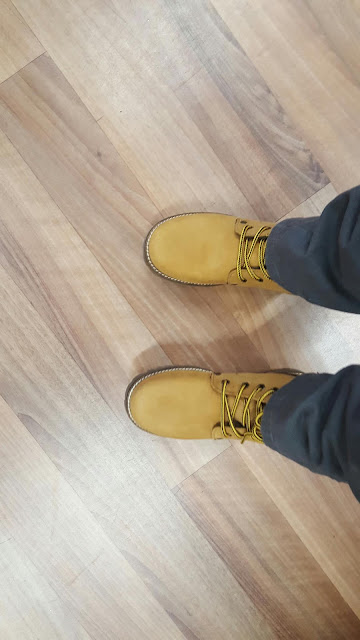 
Team of the year 2017 some great players in this team but it would be nice to have a toty manager wouldn't it. I can't wait to get these cards into my team. I'm going to do a little description of everyone in this team.

1. Gigi Buffon - he may be old but he ain't rubbish like other people.

2. Philip Lahm - no words except phenomenal.

3. Diego Godin - another old defender yet still good. One to put in your team.

4. Pepe - now what is it with old defenders in la liga santander.

10. Now what is it with me and griezman he's in the team to.

11. And just to finish it off the legend that is Cristiano Ronaldo

Oscar S.
Hi, I'm Oscar and I am 9 years old. This blog is about thing that I want to share with you.